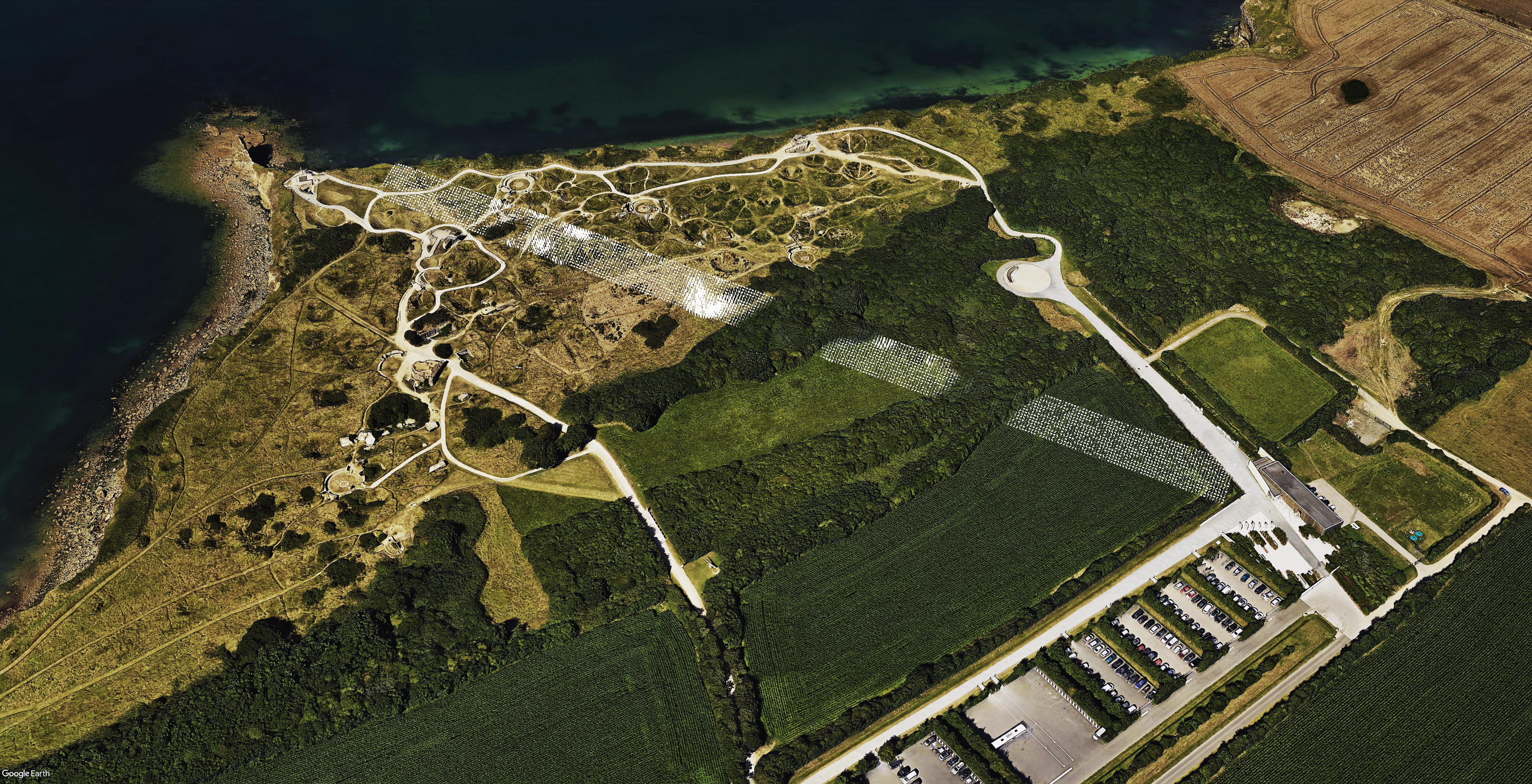 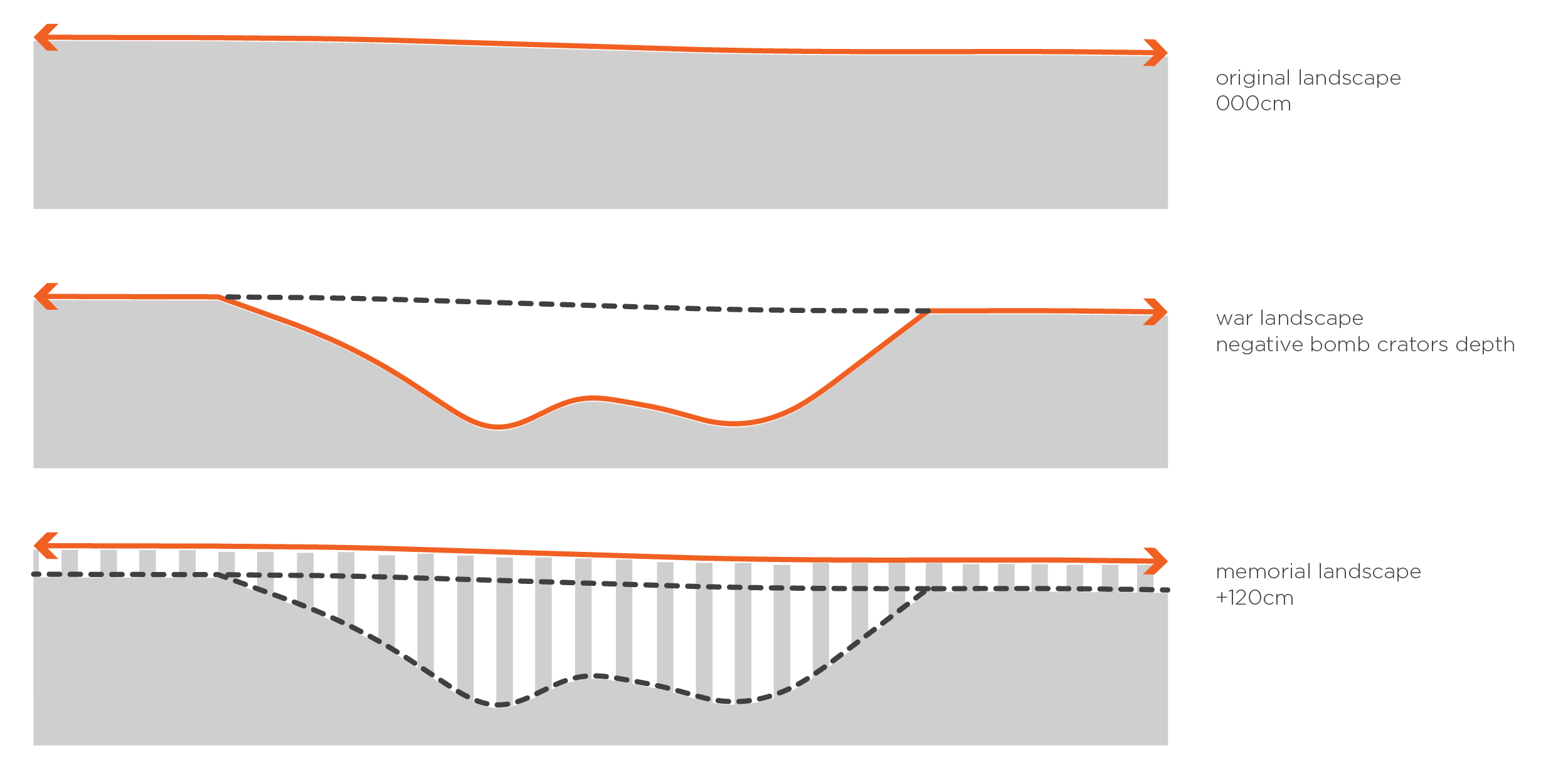 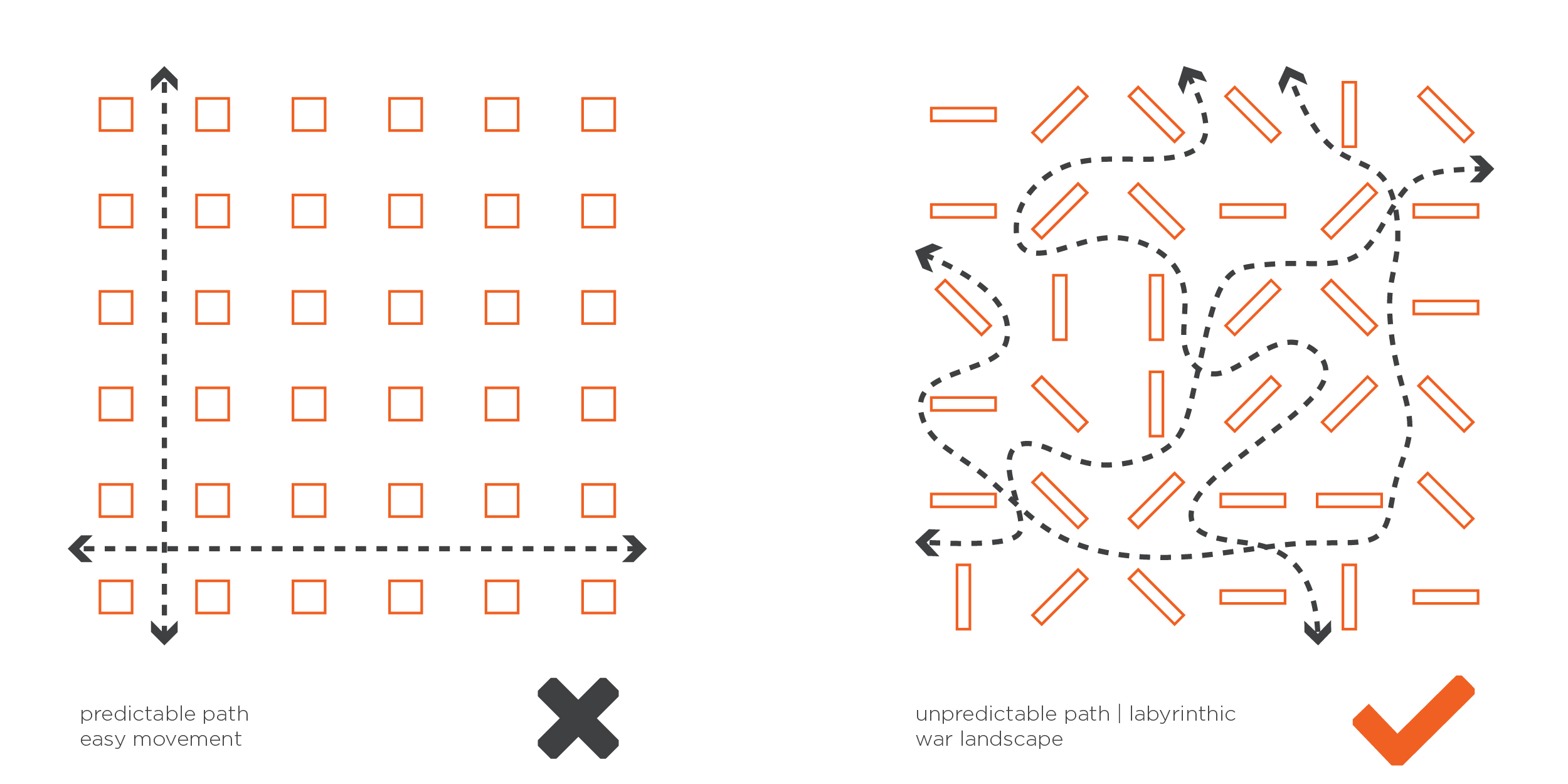 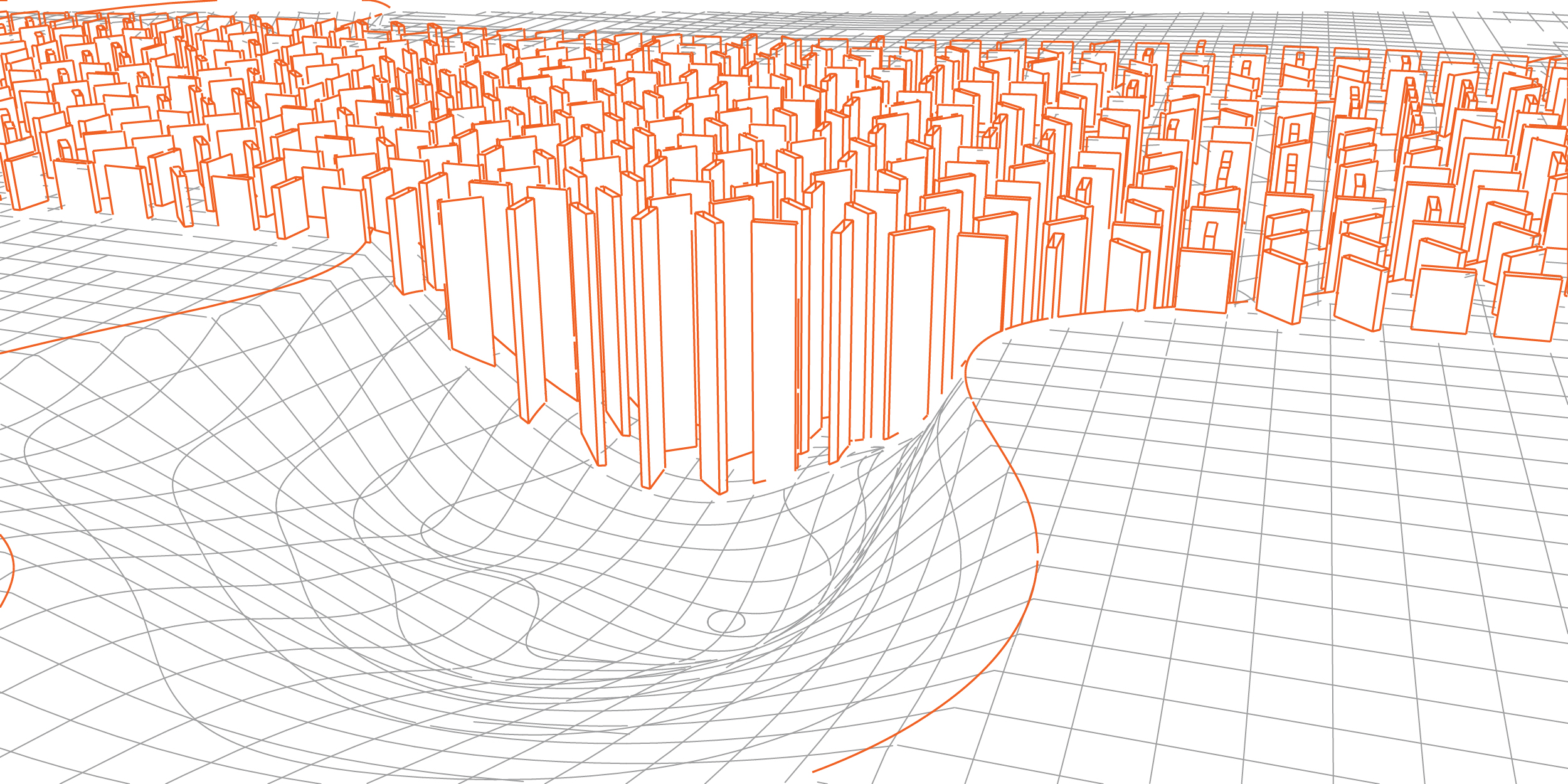 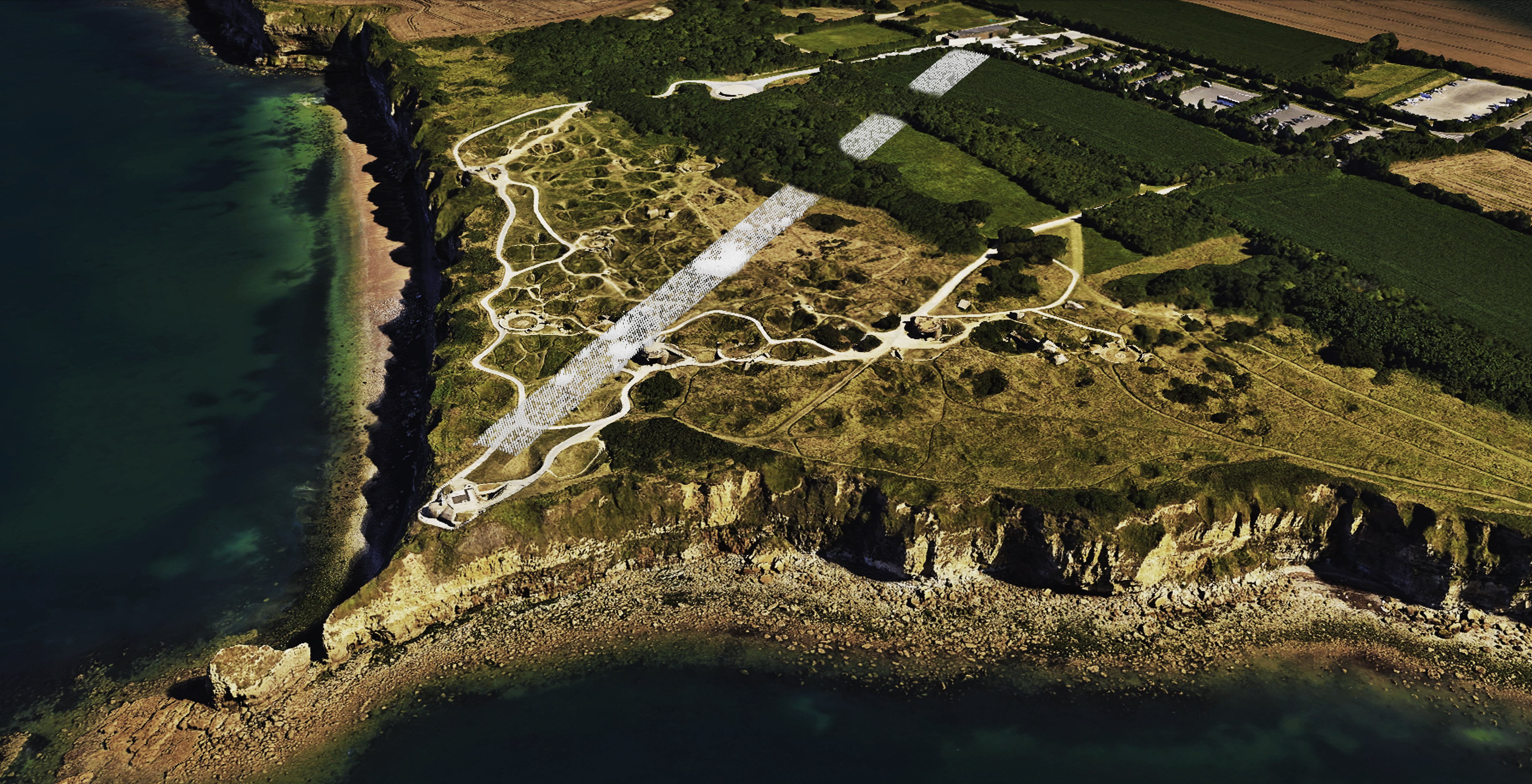 The proposed memorial is suitable for the three master plan options. Instead of being plugged to a given route, it operates as an alternative one. A memorial, as its precedents events on this site, has to alter the landscape. The history of this site is told by its landscape.

Official data says that the war events in Pointe du Hoc and its surroundings counted for more than 4500 casualties. In order to grasp the magnitude of these events, there will be placed one column for each soldier that lost the life in those days.

The memorial will be a gigantic immersive maze where visitors will interact with it in their own subjective way.