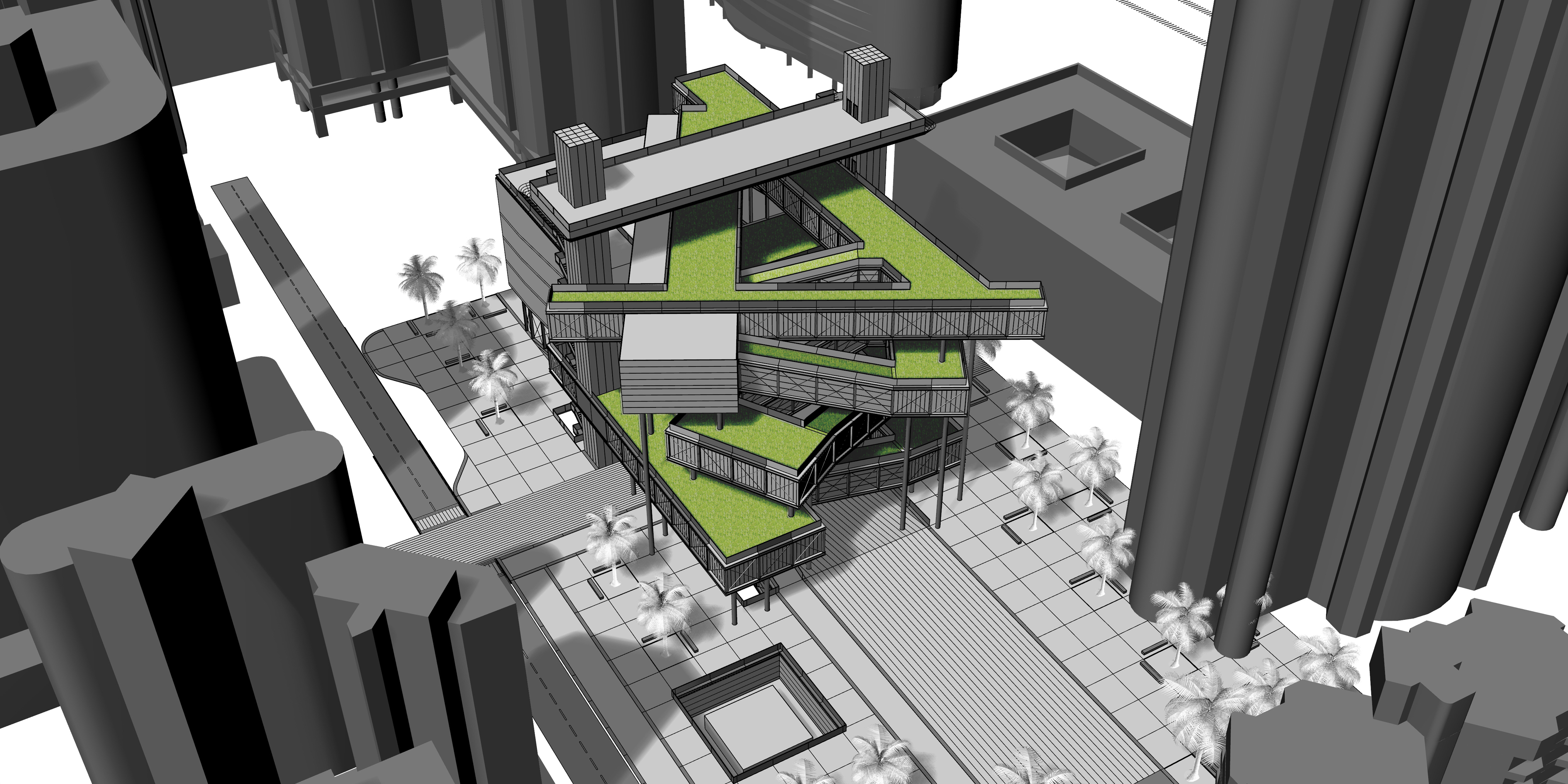 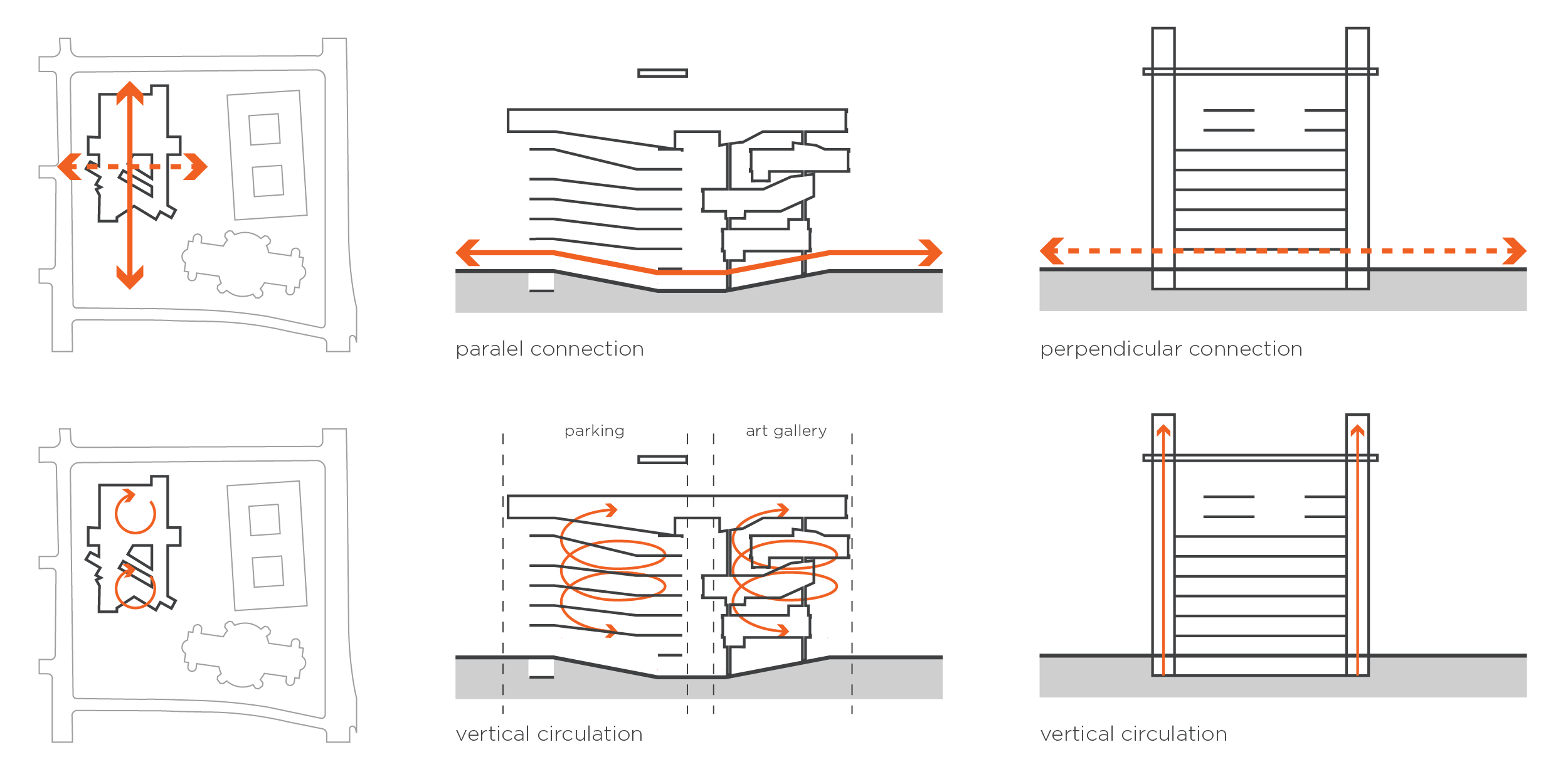 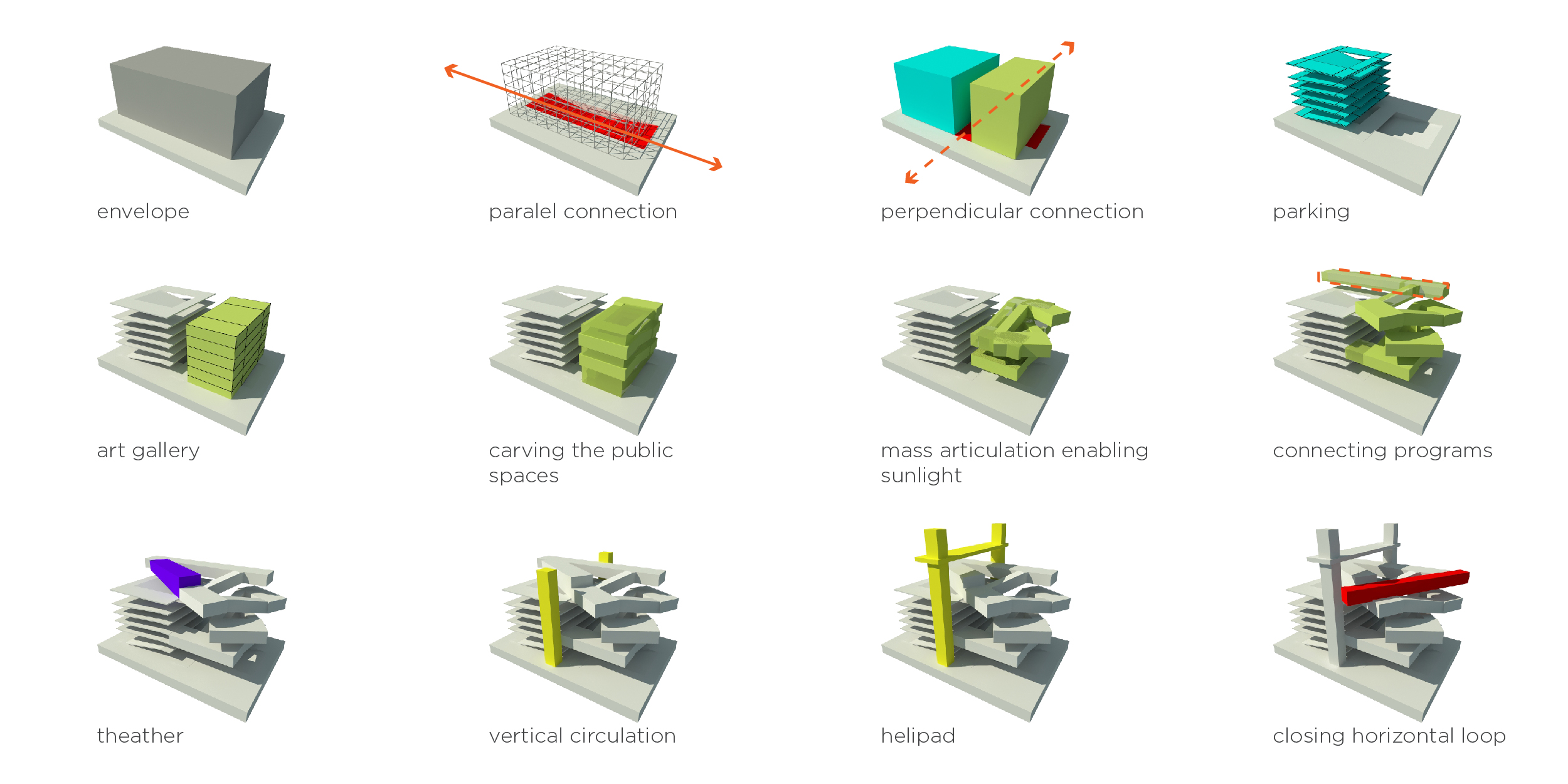 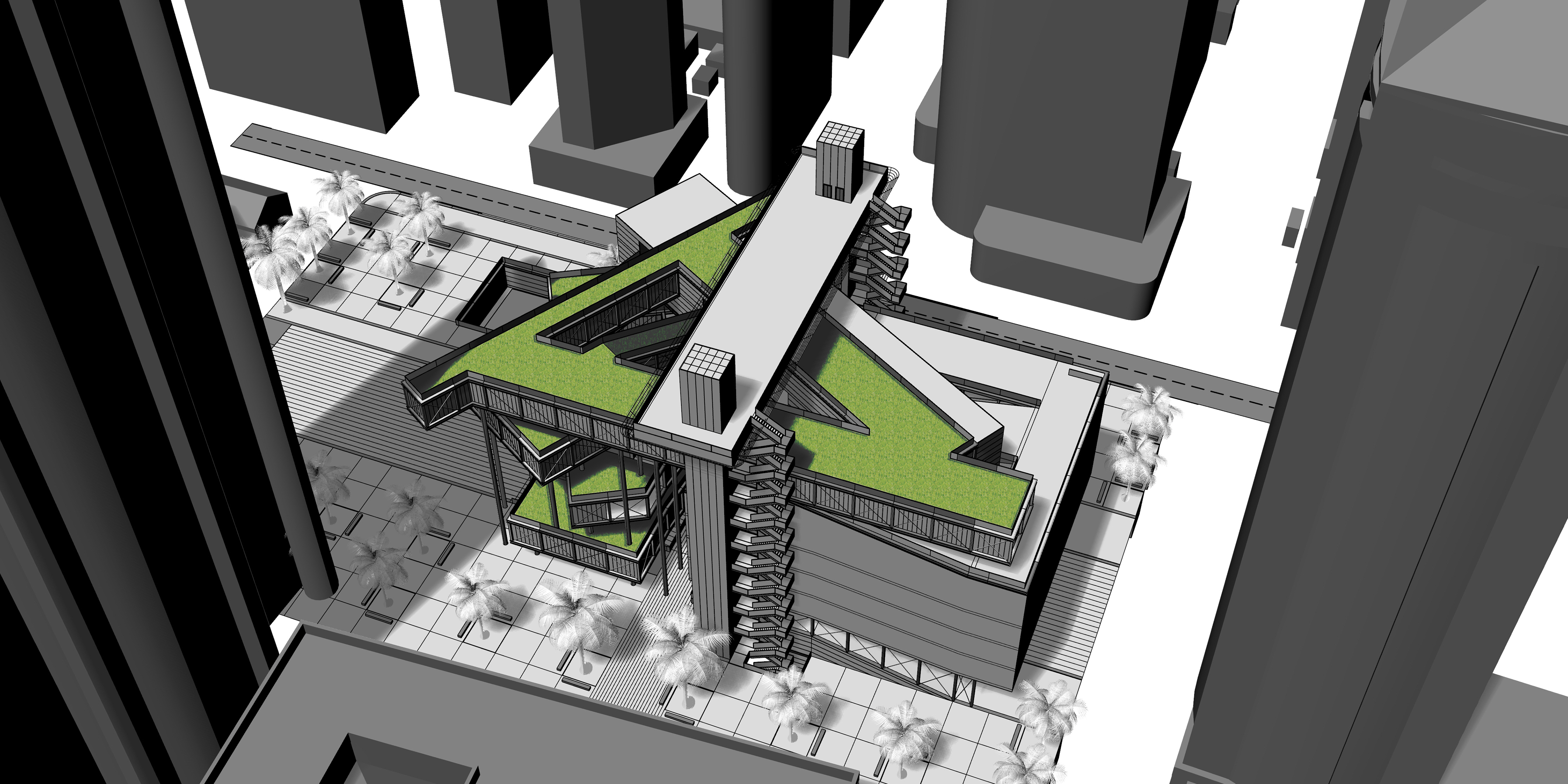 Located in São Paulo, Berrini is an area which from the 80’s became one of the biggest corporate buildings clusters in Brazil. The hypothesis suggested in this work is addressed to the local connections within the area. Far from a city strategy it concentrates the atentions to the local environment.

There is a lack of connections between public spaces and private buildings in Berrini. Both don’t perform collectively, but as individuals. The ability to perfom together will improve the whole area consolidating a single identity.

The master plan proposed before holds 3 different phases. The first phase connects public areas. The second phase connects the train station directly into the area through a library. The third phase is the cultural center.

The cultural center is located at the Southern ending of the master plan. Its program consists on a parking lot, art galleries and a plaza for public actvities, all of them connect by a vertical public green route. The parking lot capitalizes the full potential of the program.